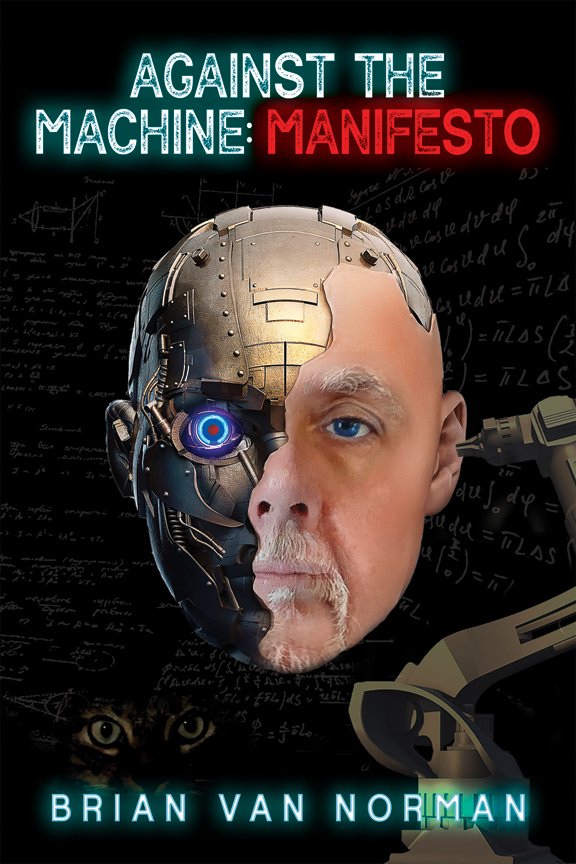 Against the Machine: Manifesto

Against the Machine: Manifesto (194) (Essential Prose Series) by Brian Van Norman follows Mel Buckworth who is hit hard by the recession and loses his job. Things could be different if he has honed his skills in digital technology. Deeply hurt and holding onto his pride, Mel can’t stand to see young minds like Stanley Best, his daughter’s university friend, excelling in nanotechnology. Leaving his wife and family, he seeks the help of an unscrupulous grad student, Will Baker, who teaches him skills he will need in order to exact revenge on a system that has thrown him out. Obsessed with revenge and the power of the internet, the appalling truth begins to sink in: humans are slowly being ruled by machines. Mel is determined to leave a legacy and decides to do so in the form of a Manifesto. As his power grows, will anything stop him?

This is an intelligently written story that brilliantly showcases how machines take control of human beings and define their interests and social values. The author creates characters that are sophisticated, multilayered, and believable and thrusts them into realities that strongly resonate with contemporary readers. Readers are forced to interrogate themselves about the line separating their humanity from the digital environment into which they are trapped. It is hard to read this story without pausing to think about the hold that technology has on us. The writing is gorgeous and crisp, and Van Norman’s descriptions are fascinating and detailed.

One of the outstanding elements that elevate the beauty of this tale is the intelligent manner in which the author writes motivation into his characters. Mel is a compelling character, a man with a strong sense of pride. But he is also a broken man. While he seeks to redefine his purpose, he also has a debilitating sense of revenge. Against the Machine: Manifesto (194) (Essential Prose Series) features real characters that readers will care about; it is fast-paced and the author’s exploration of the psyche of the characters makes it even easier for readers to connect to them. The cultural setting of the story is rich, immersing readers into a world they navigate daily; the novel is so richly developed and skillfully written to make it impossible for readers to put it down without looking seriously at their own lives and how digital technology affects them. It is a veritable spellbinder, infused with realism and humanity.