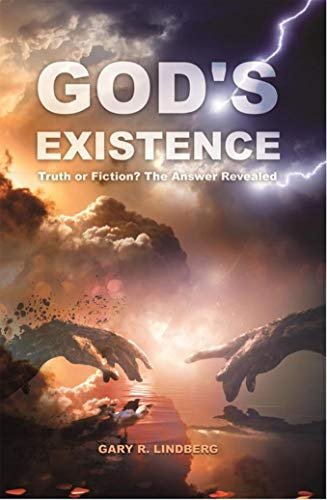 Did the cosmos come into existence out of nowhere? Is there a Supreme Being behind the cycles of nature: birth, growth, and death? The existence of God or a universal Supreme Being has been challenged and debated for centuries, but what is the truth in light of modern developments and scientific knowledge? It serves well to view the topic from an impartial lens and look at both sides of the argument clearly before reaching a definite conclusion. Botany, zoology, astronomy, physics, chemistry, and mathematics are all sciences that have helped further the modern world and can help determine the likeliness of God's existence. Aside from proof from modern science, the author also discusses Christian scripture and how it reflects the true reality of the Earth. Reflections in this book are not just compelling but surprisingly stunning.

God's Existence: Truth or Fiction? The Answer Revealed by Gary Lindberg is a book that is extensively researched and brilliantly written, a book that explores the age-old question: Does God exist? If yes, how? Lindberg expertly discusses popular scientists such as Paul Davies and Stephen Hawking and their observation and theorizing techniques for their hypotheses. Not only that, Lindberg also delves into the opinions of Christian scientists and theories from secular scientists to determine which viewpoint better adheres to logic and facts.

Lindberg discusses the power of meditation and turning one’s focus inside or toward themselves and how much of a positive impact it can have on human beings. The author also provides concrete facts and evidence about the perfect placement of the Earth’s rotation, the miraculous workings of the human body, and how the Big Bang, physics, and theology interconnect. This book is an intriguing and thoughtful read for individuals of all religions and beliefs as they are open to challenging their perception of the world and able to view it objectively. It is one of the best books I have read that intelligently articulates the question of the existence of God and the origin of the world.