By The Book Commentary

An Author’s Search For Truth Lands Her Inside Ring 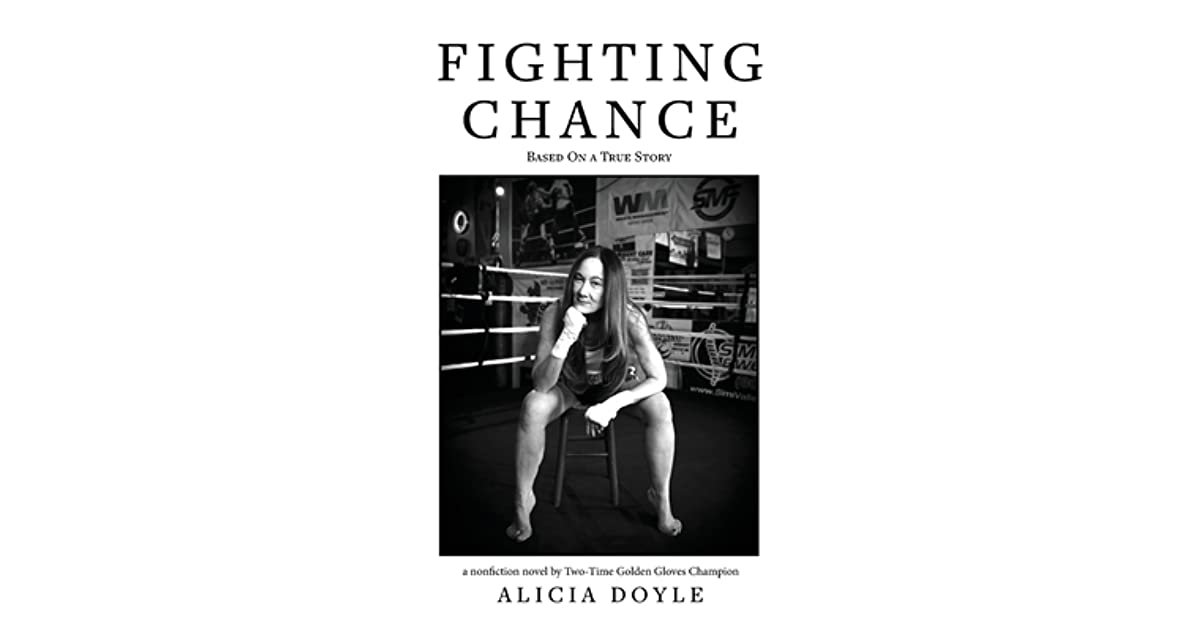 ﻿Alicia Doyle is an award-winning journalist who discovered boxing at age 28 in the late 1990s when she went on assignment at a boxing gym for at-risk youth called Kid Gloves. She simultaneously worked as a newspaper reporter while training and competing as a boxer, making her one of only a few hundred women in America at the time who infiltrated this male-dominated sport. During her boxing career, she won two Golden Gloves championship titles and earned three wins by knockout – and her pro debut at age 30 in the year 2000 was named The California Female Fight of the Year.

A journalist for three decades, Alicia Doyle believes The Pen is Mightier than the Sword, giving great power to the written word. Alicia specializes in Good News, and has written hundreds of thousands of inspirational articles with the intention to have a positive impact. Over the years, she has interviewed some of society’s most remarkable people, including a man born without arms and legs who is a motivational speaker, a 90-year-old skydiver, missionaries serving inmates in a third-world prison, and a World War II veteran who fought to bring thousands of soldiers missing in action back home. Fighting Chance is Alicia’s first nonfiction novel. She lives in Southern California and her next endeavor is writing a children’s book, Kid Gloves.

An Excerpt from Fighting Chance

Search for Truth Lands Her Inside Ring – the title of a column I wrote before my professional boxing debut in the year 2000 – offers a glimpse of my nonfiction novel, Fighting Chance. Based on a true story, Fighting Chance is about my boxing career in the late 1990s when only a few hundred women in America were competing in this male-dominated sport.

For as long as I can remember, I’ve been searching for answers. Why am I here? What is my purpose? How can I make a difference in the world around me?

Strangely enough, I found those answers in the boxing ring. Yes, boxing – a world that was once considered the mightiest sports featuring the world’s finest athletes, that has since been tainted by corruption. A sport that, despite its dark business side, is filled with athletes who want only to discover the best part of themselves.

Boxing brought out the best in me!

I stumbled upon the sport two years ago as a newspaper reporter for the Ventura County Star. I received a call from a community activist about a place called Kid Gloves, a boxing gym in Simi Valley for at-risk youth that was destroyed by El Nino rains. At the time, my view of boxing echoed the stigma attached to the sport – that it’s a brutal world filled with criminals, cheats and liars. But after writing several stories about Kid Gloves, my views changed. What I found was a hidden world filled with good-hearted, giving people free of prejudice; a place where courage, determination and self-discipline are inspired.

Over the past two years, my passion for boxing has grown. After months and months of hard training, I have had 10 amateur fights, accumulating a record of five wins and five losses, with three wins by knockout. I am a two-time Golden Gloves Champion, earning the first-ever women’s Golden Gloves title in my weight class in the 1999 Southern California District trials.

More important than my titles are the lessons I’ve learned. With discipline, dedication and desire, anything is possible. With perseverance, nothing is out of reach. And no matter what obstacles might stand in the way, integrity, honesty and hard work will make any goal a reality.

Now, I want to share with others what I have learned. Boxing taught me focus and dedication. I learned clarity of mind and how to manage my emotions. And I discovered my own talents and strengths through persistence and self-awareness.

In May, I quit my job at the Ventura County Star to pursue a professional career in women’s boxing. My first professional bout will take place September 16 at a brickyard in Castaic.

Quitting my job was a difficult decision. I’ve been a journalist for more than a decade now, working for publications including the San Diego Union Tribune, the Los Angeles Times and Los Angeles Daily News. My most recent job at the Ventura County Star gave me a decent salary with benefits and security. It was the kind of job that, if I chose to stay for many years, I could retire from comfortably.

But after some serious thinking and prayer for guidance, I realized there is no such thing as “job security.” I realized the only security I have is within myself. With confidence, I have the power to take my life in whatever direction I choose.

I have to admit, boxing is a grueling sport. The training alone for my first pro debut has made me contemplate quitting many times. First, there’s the diet: a strict caloric regimen of protein, vegetables, fruit and very little carbohydrates. Several weeks ago, when I weighed 144 pounds, I signed a contract that stated I would weigh in at 130 pounds by fight time to compete in the lower weight class. In professional boxing, if a fighter weighs in any higher than he or she has agreed, the fighter will most likely be fined, and may have to pay additional fees that will come out of his or her “purse,” or paycheck.

Then, there’s the physical training. For endurance, I run four miles a day, six days a week. For strength, do push-ups and sit-ups. For power, I hit the heavy bag. My workout, which ranges from two to three hours a day, also includes skipping rope, hitting the focus mitts, shadow boxing and other conditioning techniques.

Many times, I wonder: Why am I doing this? For me, turning pro is not about the money. It’s about unleashing my courage and will.

Just like every woman now breaking ground into women’s athletics, we are here for a reason. That reason is to show, by example, that we can do it. To show, through our hard work and efforts, that any woman can box, play basketball, play soccer – sweat the same sweat, bleed the same blood, cry the same tears of loss and victory – as well as any man.

As women involved in sports, we have to try twice as hard, simply because we are women. To me, that is the greatest chall